Once, in the days of yore, in the Indragiri, Riau, Indonesia, there lived an old widow with her son named Tuaka. They live together in a hut at the mouth of a river (right at the mouth of the river Indragiri Hilir). They had no relatives and treasure the slightest. Despite being poor, they still love each other. For everyday life Tuaka help his mother collect firewood from the forests around their homes. Tuaka father had long passed away, so his mother had to work hard to feed herself and her son, Tuaka.

One day, Tuaka with his mother went to the woods around the river. They are looking for firewood for sale and for everyday cooking. After obtaining enough wood fire, they both finally home.

"Mom, if you tired, let me carrying fire wood," said Tuaka when he saw his mother exhausted.

"Never mind, Tuaka. Mother is still strong. Anyway, firewood that you have too many, "said Mother Tuaka her passed on.

On the way home, Tuaka and his mother were struck by a fairly loud hiss.

Sure enough, not far from them, from the banks of the river were two large snakes were fighting. Seems they were fighting over an object.

"What are they fighting about, Mom?" Asked Tuaka."

"I also do not know! Tuaka Shut up, they'll know where we are, " said Mother Tuaka a whisper.

Shortly thereafter, the two fights snakes are finally over. Tuaka and his mother came out from behind a tree, then came to the scene. They found one dead snake, while the wounded snake. The wounded snake bite a shiny object, which turned out to be a gem (Kemala) very beautiful. The snake looked in pain by injuries.

"Mom, sorry for the wounded snake. Let us help," Tuaka said in a tone to invite.

"Yes, let's bring it home, so we can treat at home," said Mother Tuaka.

Tuaka put the snake in a basket that brought his mother, and then carry it home. When we got home, Mother Tuaka immediately seek a nutritious leaves, grind, and then apply them to injuries in the snake's body, while Tuaka busy giving cool drinking water. A few days later, the snake is starting to clear it suddenly disappeared from the basket. Gem he always protected his body was left in a circle in the basket. Tuaka and his mother was astonished, and they watched with awe Gem.

"Why did the snake leaving jewel, Mom?" Asked Tuaka to his mother.

"Maybe he wanted to thank us, because we had to help him. Should we just sell this gem to the merchant. The money we use to trade so we will not be poor anymore," said Mother Tuaka gratitude. Tuaka agreed to offer his mother.

The next day, go to the bookie Tuaka bustling with merchants. Arriving at the market, Tuaka around here and there looking for a pearl merchant who dare to buy at high prices. Almost every merchant in the market, he offered, but no one dared to buy it. Tuaka was getting desperate. Tuaka intend to bring it back home to his mother first. However, when he reached the end of the market, suddenly he saw a merchant who seems to have his offer. Tuaka approached the merchant, and then offers a pearl with a high price. Apparently, the merchant was so impressed after watching it berkilau gem.

"Ah very beautiful gemstone! I really want to have it. The price you are offering is indeed high, but I'm still going to buy it, "said the merchant.

"If so, what else waiting for? You just live pay," insisted Tuaka with a beating heart with joy.

"The money that I did not bring enough, boy! If you want, you should come with me to Temasik to take its shortcomings," the merchant said.

Tuaka looked pensive for a moment thinking about the merchant offers.

"Well, well, sir. May I joined the Temasik sir," replied Tuaka. After that, Tuaka went home to tell his mother this problem. Finally, Tuaka's mother let him go to the Temasik (Singapore). Tuaka and rich merchants were sailing toward Temasik. Along the way, Tuaka unrelenting imagine how much money will be obtained later.

Arriving at Temasik, the merchant pays money to purchase gems Tuaka. Because of the abundance of money, Tuaka forget to mothers and hometown. He settled in Temasik. A few years later he had become rich merchants. He married a beautiful lady. Tuaka house is magnificent, his ship too much. Her life wallowing in luxury. He no longer cares for the poor and his mother live alone, whether to eat or not.

One time, Tuaka took her sailing. Tuaka majestic ship anchored Tuaka hometown. Actually Tuaka still remember these hometown. However, he seems reluctant to tell his wife that they were flown in the village is his mother still lives in the old shack. He did not want his wife to know that he is the son of a woman who is old-aged and poor.

Meanwhile, the news of the arrival of Tuaka heard also by the mother. His mother rushed to welcome the arrival of her son who for years never heard from them. Because unstoppable yearning to meet his son, Mother Tuaka canoe approached the ship was magnificent Tuaka.

"Tuaka, my son. Mother missed you so much, dear!" His mother cried when she saw Tuaka and his wife aboard magnificent.

"Who was the old lady, my husband ? Why is she called you as her son" asked wives Tuaka with unhappy faces.

Tuaka absurdly shocked to see his mother on the boat shouting him. He knew the woman with tattered clothes was his mother, but he was not willing to admit it. He was so ashamed of her.

"Hey, keep poor women from the boat. Crazy woman do not know themselves! How dare he claim to be my mother," shouted Tuaka of the ship.

"Yes, turn him away from here," added her hips Tuaka wife. Heard the command of his master, immediately expel subordinates Tuaka nan that poor poor woman away from the ship.

Mother Tuaka very sad. While crying she canoe away from the ship Tuaka..

"Oh, God. Forgive me Tuaka having been insubordinate. Give him a warning to be aware of his mistake," laments Mother Tuaka.

Apparently God heard the prayers of His mother Tuaka. Shortly after Mother Tuaka unspoken prayer, Tuaka suddenly turned into a hawk. Similarly Tuaka wife, she turns into a bird pigeon. Mother's of was shocked and saddened to see her turn into a bird. Although Tuaka had hurt him, as a mother she loved her son.

Hawk and pigeon are birds circling above the mouth of the river, crying. Tears dripped two birds, small rivers forming an increasingly large. The river was later named River Tuaka. Then by the local community to replace the word "river" to the Malay word rod, so the name "River Tuaka" changed to "Trunk Tuaka". Since then, the area around the mouth of the river was named Rod Tuaka now known as the District of Batang Tuaka included in Indragiri Hilir regency, Riau, Indonesia.

Indragiri Malay community, both downstream and upstream, believes this legend actually happened in the days around the time duhulu Indragiri river estuary. If there is a voice screaming eagle scream at noon around the mouth of the River Tuaka, local people believe that the voice of the bird as the embodiment Tuaka screaming for mercy to his mother. 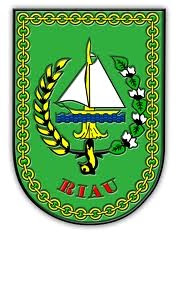