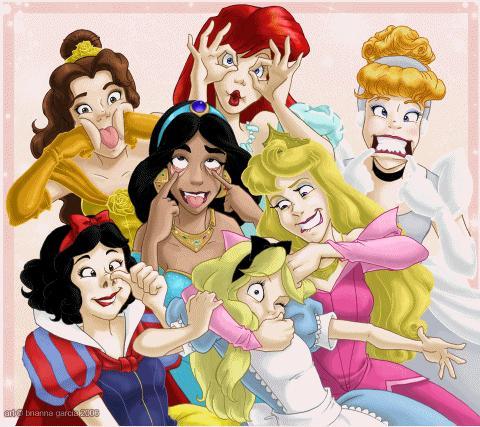 It is said that in ancient times in the region Sambas (West Kalimantan), precisely in the interior of the continent Refutation east of the capital city Sekura Hallow Bay District inhabited by Dayak people, there has been an amazing event to be known and interesting to study, so the event was elevated to surface.

According to the information that in the area there is a small kingdom, not far from Bawang Mount adjacent to Ruai Mountain. Not far from these two lies the mountain is a cave called "Cave of the Stone", in which there are many small streams in which there are a lot of fish and the cave is inhabited by an elderly grandfather who may be said to be sacred.


The story begins with a king who ruled the kingdom on and has seven daughters, the king has no wife or consort since the death of the mother of seven daughters. Among the seven daughters there is one person or the youngest princess The Youngest. The youngest has good manners, diligent, helpful and obedient to their parents, so it is not surprising the father doted on her. Similarly, the other six sister, her behavior is very different from The Youngest, sixth sister has an evil heart, envy, jealousy, love denied parents, and lazy to work. Every day she does just playing alone.

For all things whatsoever that her sister would not want to have to think like The Youngest: sisters laundry, cleaning the house and yard, cooking, washing dishes. All work is done only The Youngest alone while the six older sisters just joking only.

I once caused her sister's treatment of the sixth youngest known by the king (father) by looking at the body (body) The Youngest of the blue because of low hit but was afraid to tell the truth to her father, and when her father asked what had happened the sixth youngest sisters then six older sisters made the reasons that made the father believe one hundred percent that did not happen.

One of the reasons is because her sisters is The Youngest blue body as The Youngest stealing neighbor papaya, then caught and beaten by the neighbors. Because too believe the father in the story of the older sister the father did not prolong the issue in question.


The Youngest That life is experienced as a sixth sisters, though The Youngest was the sixth treatment being not face her sisters, The Youngest sometimes sobbing blamed herself why she left so quickly. so she can not obtain protection. For the protection of her father's arguably still lacking. Because her father was busy with the affairs of the kingdom and government affairs.

One day gather throughout the palace to hear the news that the king will go to another kingdom to further strengthen the ties of kinship between them for a month. The seven children (her daughter) do not miss to hear the news of her father's leaving. At the meeting it was also announced that the powers of the king for a month it was given to The Youngest. If the king is not in place, then all the problems associated with the kingdom had first inquired of The Youngest.

Hearing the news, her sister was surprised and respectively intentions arise in the hearts of her sister to vent spite, when her father had left for later.

All the soldiers are very busy preparing everything. So the next day the king departed troops with flags and horses watched by all the people of the kingdom and released by seven daughters.

The departure of the father has been going on the past week. Then it was time for the moment awaited by the sixth youngest sisters for the evil lust to destroy The Youngest order not live together anymore and when necessary The Youngest be killed. These signs are known by The Youngest passing dream that want to be killed by her sisters at bedtime at night.

Without thinking anymore then set out the seven princesses that afternoon, with each carrying tangguk and seven of them came in the place they are going to go the cave rock, The Youngest told to go first into the cave, followed by a sixth sister. Once they enter, The Youngest told apart in order to reap the fish got more and she does not know that she left behind her sisters.

The Youngest already farther into the cave, while her sisters was still sixth in the face of the cave and pray that The Youngest unable to find the trail to return later. The sixth sister laughed out loud because The Youngest was gone from sight.

Dark cave atmosphere makes The Youngest be really desperate to find a way out of the cave. Not long after her sisters came home sixth of the rock cave to her house without carrying The Youngest and The Youngest was eventually lost.

Feeling that The Youngest been tricked by her sisters before, so she lived alone in a stone cave and sat cross-legged on a rock in the river inside the cave to lament the fate that had been outwitted by the sixth sister. The youngest can only weep day and night for no one being who can help in the cave was completely dark except for the state as well as the fish that swim to and fro.

The Youngest unnoticed in cave that was seven days and seven nights old, but she still has not been able to go home. Precisely on the seventh day The Youngest was in the cave, out of the blue came the very scary in a stone cave. Thunderous rumble like to tear down the stone cave. The youngest was just crying and screaming to contain her fears. At that time, accompanied by a thunderous sound came an elderly grandfather and a powerful right in front of The Youngest. The youngest was surprised to see it. Soon the old man said..

"What are you doing here my grandson?" Said the grandfather.

My sisters leave me, Grandpa! "Said The Youngest.

The Youngest crying in fear that the tears did not stop out. Unexpectedly at that time with the grandparents magic points The Youngest tears slowly turned into white eggs are large and populous, and The Youngest had been transformed by the magic grandfather became a beautiful bird feathers. The youngest still can speak like human beings at that time. Then the old man said again..

"My granddaughter .. I'll help you out of the misery that afflicts your life but the way you have your shape I changed into a bird and you will I give the name Bird Ruai. When I've gone out of your eyes so hatch the eggs so that the birds as your friend". 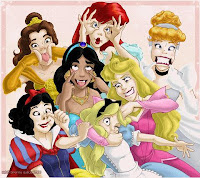